One motel.
One room.
Unspecified time.
Unknown people.
You can see what is going on. Its up to you to react. If you react. Its human to ignore, right?
You have an incredible opportunity to observe people without their knowledge.
Perfect voyeurs.
Time is relative, but the people are real.
Room N°7 is occupied with a woman waiting for her fiancee. For years. They should've gotten married,but he never showed up. Still, she waits. Every year. Guests who were in The Room before her hid behind masks, for a reason. Two women and one man. They did unspeakable things. And now she is sitting on that same bed. Naively and innocently.
There were also some guests who did nothing. Not because of lack of trying, but because they didn't know how. Young lovers. Unfulfilled. Inexperienced.
Some had their share of fun. He wanted to hump that one who wanted to hump no one, and she wanted to hump this one who wanted that one. Life complications. It is all a matter of choice really.
Once there were two people there who chose each other, but only inside The Room. You could not separate them even if you wanted to. Unseen passion and love. But as soon as they left- separation came easy. Room N°7 brings people together, or sets them apart. These two no one could separate. But there were those who wanted a double bed and yet they refused to sleep with each other. More so they couldn't stand each others touch. You could hear crying and shouting from The Room. It was not their first fight.

Weird people passed through here. One strange lady came once with her servant who was a person, yet she treated her like she was a nobody. A mere cockroach whom she can squash.  It is bizzare how people can treat other in this way, and its even more bizzare that there are ones who allow to be treated this way. You would think that the cleaning ladies see all of it. But what can they do? Its their third shift. They have no strength or will, and honestly, no interest in meddling in such affairs. They show up, do their job more or less, and then close the door.
No one could have assumed that they would have to scrub blood off the carpet.
Maybe you will witness something similar during your stay. Will you watch from a safe distance? It is up to you.

If you have any questions, call the reception. We will connect you to Room N°7. Thats where the answers are. We hope our motel will fulfil all of your expectations. 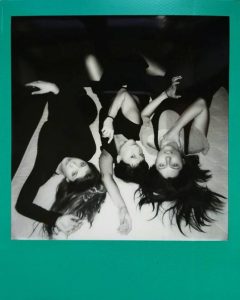